First off – I would like to say that I slapped myself a few times. Well, figuratively of course. I mean, I would never hurt myself on purpose – ever. But, I’ve been super disappointed at myself when it comes to my level of motivation with this blog. For a blog to be read, it needs to have content – and it was to be regular. Unfortunately, I still have a lot to learn about regular content before becoming successful – but it’s ok. I need to push myself more because I have all the tools for a successful blog – it’s just a matter of putting them together and hard work.

Anyhow, this little paragraph is something I’m gonna have to deal with more seriously in other blog posts. For this one, I want to write about some positive stuff, such as my last week-end spent at Blue Mountain in Ontario for Yeticon. This convention is held at the beautiful Blue Mountain Village – if you are from Quebec, this village is the copy cat of Mont Tremblant.

So in this crazy fun-filled weekend, my friends and I meet up to spend some quality time together at the pool, hiking, eating at restaurants and taking pictures just like any group of friends going on vacation together – right? The only difference is that we do in costumes.

If you don’t know or follow me on any social media, well I like to cosplay, a hobby that basically consists of dressing up as your favourite fictional characters at a “comic-con”. And it’s SO MUCH FUN! I first started doing it in 2014 but really got into it in September 2016. I was going through some hard personal times/depression (that I won’t go into details yet) and the only thing that really made me genuinely smile was dressing up. It’s funny how becoming someone else can make your problems seem so small.

I cosplayed a lot of different cool characters, from Harley Quinn to Veronica Lodge, Supergirl and most recently Wonder Woman at Yeticon.

One of my favourite things about the art of cosplay is that it’s a body positive experience. Since I was 13 years old I’ve been super self conscious about my body – but for all the wrong reasons. Not because I didn’t like it but because other people didn’t like it. Because of society’s ideal of what is the perfect body, I’ve been very mentally mean to myself but now I actually start to like how I look. I’m still too scared to go on the scale honestly to check my weight, which is dumb, but one step at a time, right? What I do know is that I feel happy and healthy, cause I am. And that’s the only thing that matters.

So like I was saying, cosplaying has actually helped me accepting my body so much more than I ever could. Especially this weekend. I walked around in a Wonder Woman swim suit all day. And I felt so powerful with all my curves showing around. I completely accept who I am as a person and I feel like cosplaying strong women (for example, Supergirl as well) is helping me becoming a stronger person. In a way, cosplaying helps me becoming more assertive and more confident that I’ve ever felt with how I look and how I feel inside.

Wonder Woman was a costume I never thought that I would have the courage to wear but I did. With the positive messages from my friends and the acceptance of my body knowing that I treat it well, I did it. I cosplayed one of the strongest characters I know of.

This also made me more motivated to keep on cosplaying and do more of it actually. Take more pictures and somehow spread some body-positivity through social media just how some of my favourite cosplayers do. Just to mention also, I’ve been influenced by not only plus sized cosplayers but also skinnier cosplayers because I’m aware that everyone goes through some rough patches when it comes to accepting their bodies. 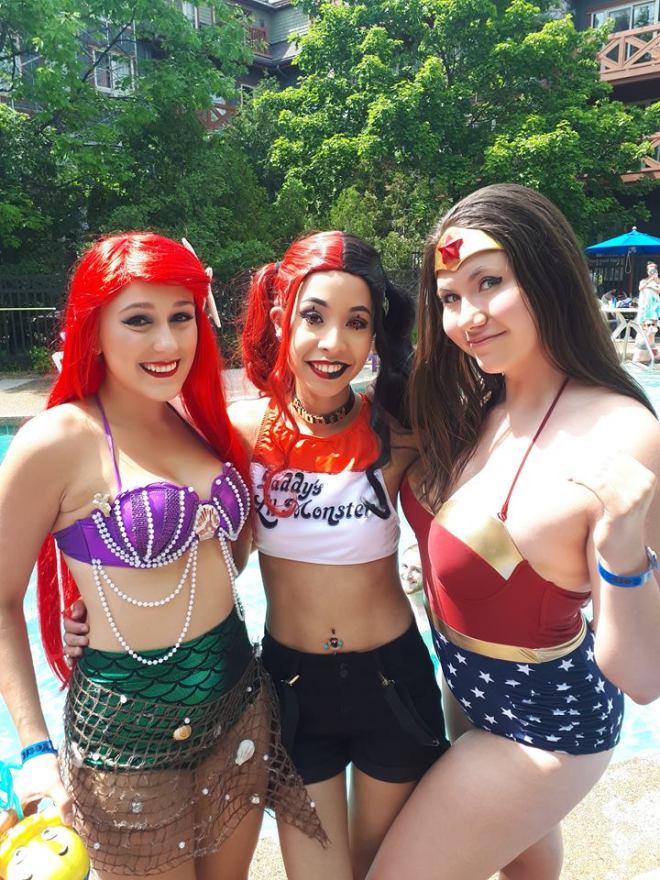 I hope to be successful at creating a platform where I teach girls and boys to accept their bodies and whoever they are via blogging and social media.

If I can become my own superhero in the span of a weekend, I strongly believe anyone can.