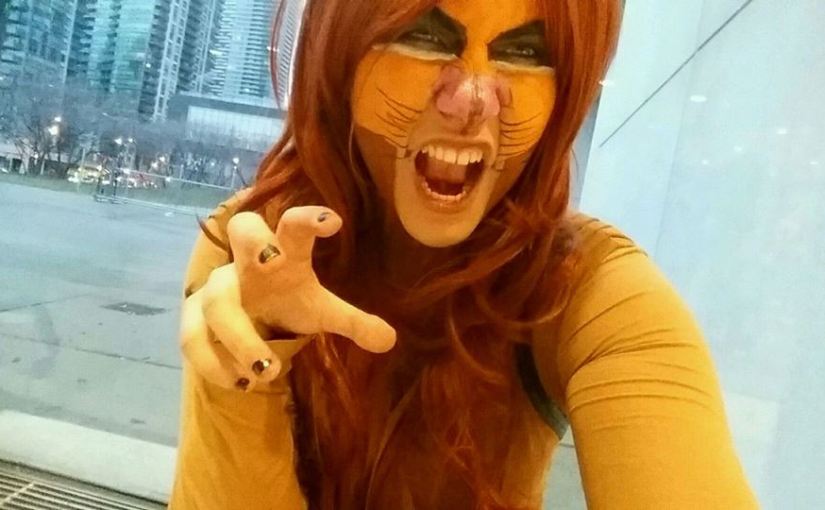 Have I mentioned that I’m a big time Disnerd?

Well if I haven’t – I deeply apologize! I’ve been a Disnerd (a Disney nerd) since I was pretty much born but only fully embraced maybe a year or two ago when I met some friends my age who partied with the Disney music in the background (that beautiful cosplay community – LOVE IT!)

So, since then – I fully reconnected with my inner Disnerd and because I started cosplaying also, I thought it would be a great idea to be my favourite Disney character – Simba from The Lion King!

I’ve always felt very connected to that movie – whenever I think of Mufasa (Simba’s father) I usually associate him with my grand-father. You see, my grandparents helped my parents raising me when I was a baby and I was especially close to my grandpa, Salomon. He unfortunately passed away when I was just about to turn 3 years old but we had a very deep connection that went beyond words, and I strongly believe that we still do. So, how does that connect to The Lion King? Well, when Mufasa died, Simba was still communicating with him because even though Mufasa was not physically/mentally present – the idea that Mufasa will forever live in Simba is just beautiful. This has been helping me process the fact that even if my grandpa isn’t alive, he’s forever going to live through me.

ANYHOW – so cosplaying Simba was almost a dream coming true because I was finally portraying the character I related to most of my life when it comes to values and learned many lessons from him.

So not only has The Lion King helped me understand death more but also it made me appreciate the value of community even more. I grew up in a very Moroccan Jewish community and just like the pride land where Simba is from, we were there for each other no matter what.

Anyways that was just a little side note.

NOW GOING BACK TO THE COSPLAY!

The make up was a pretty long process to go through – one my best friends, Jade, helped me a lot to apply it and did a fantastic job with it! I literally felt like a lion cartoon which was amazing.

For the clothes, I simply went thrift shopping and really wanted to keep a skin tone look for the cosplay.

It was quite a success and I just loved walking around as a lion. I unfortunately haven’t done it again – I really should though! It’s just the process was soooo long but really worth it though!

What do you think of it? Have you already cosplayed Simba or a Disney character?